"The ultimate tragedy is not the oppression and cruelty by the bad people but the silence over that by the good people"
Martin Luther King, Jr.

Welcome to the part two of July's edition of My Month In Words. You can check out part one here if you missed it. Most months I will try and keep it down to one post but I guess I just have a lot to say about July. Enjoy!


In July the hashtag #shitabledpeoplesay started popping up on my feed, highlighting the common things said to disabled people predominantly by abled people. I started off by tweeting a couple of things and then it kind of snowballed from there. I didn't realise abled people said so much shit to me. It was cathartic and also a great learning experience. Even as a disabled person I read the hashtag and learned something. I'm planning to write a post on it but in the mean time please do check out the hashtag. Maybe you can learn something too. Here is my most favourited and retweeted tweet.

"MOST disabled people on benefits are scroungers. Like, not you but most of them." #shitabledpeoplesay
— Bloo 'n' Stuff ⛅ (@BloonStuff) July 16, 2016


I was looking for a new television show to watch while eating breakfast and after a Twitter poll that I ended up ignoring, I decided to give Dance Academy a go. Oh gosh, I was NOT disappointed. I didn't think I'd get as emotionally invested in it as I did, which made it particularly sad that it only got two and a half series. I guess it's one for my next Cancelled Too Soon post. The bright side is they have a film coming out in 2017 so I cannot wait to catch up with all my favourite characters then. 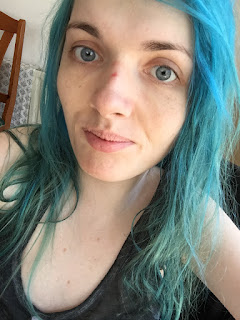 I had my first Pokémon GO related outing in July. The first time Eva and I ventured out to capture Pokémon we just went around the block, dropping into my parent's apartment for a cup of tea while we were out. On the second outing we decided to take advantage of the good weather and walk around the coast but we weren't long out when the server went down. We ended up cutting our walk short and never made it around the coast. Both of those adventures didn't result in many Pokémon but our third and most recent was a little more lucrative but it came at a cost. On one of Eva's days off we finally went for a walk around the coast. 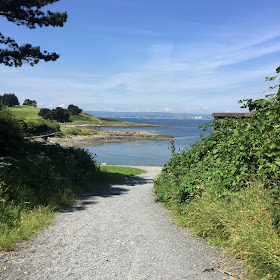 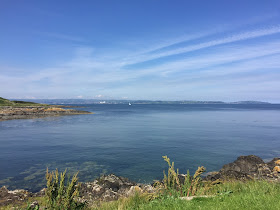 We were out for around three and a half hours and encountered so many more Pokémon than we had on our other outings. It was great fun. There was plenty of people out enjoying the sun, something we don't get a lot of in Northern Ireland. Here's all the Pokémon I caught, not including duplicates. 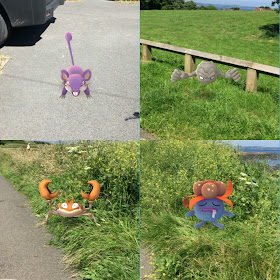 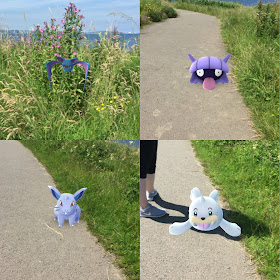 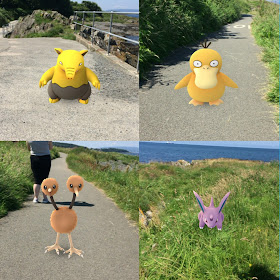 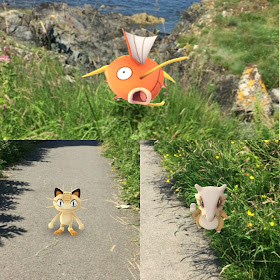 As you can see, it was a pretty good haul but as I said it did come at a cost. Before we set off I had thought about going to the store to get some sun block but decided it wasn't necessary. It's like every year I just forget what the sun is capable of and I always end up with one bad burn. Well, this year was like no other. My mistake was pretty evident by the time I got home. 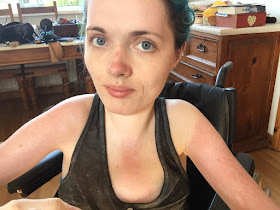 However, it only continued to get worse over the next few hours and days. Both of my arms and hands swelled up and I was in immense pain. The photo below is three days later. 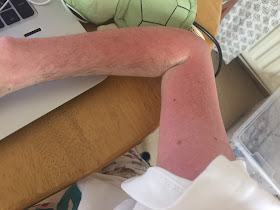 My skin was so tight and sore, eventually some blisters also developed. A week later it was still painful and over two weeks later the top part of my arm is only starting to feel normal. It's been peeling for about a week now but that I can handle. So it's safe to say that I will never make that mistake again. Well... until I inevitably forget.

In July I decided to begin to change my diet. I'm attempting to become vegan, so I've been transitioning to a plant based diet. I'm still in the super early stages and Eva is doing it with me but I'm making progress little by little. There was no way I could make the change overnight but I'm already definitely eating a lot less meat. Right now I'm concentrating on broadening my diet and including more vegan safe foods while removing non-vegan foods. Not being able to cook my own food makes it more difficult than normal because I'm not only transitioning my way of eating and thinking but also trying to change my parent's too. Thankfully they haven't been too frustrated so far, so hopefully that continues. If you have any tips or easy recipes etc you think I should try, tell me in the comments!

Finally, at the end of July a tragedy hit the town of Sagamihara, Japan. Nineteen disabled people were murdered in their beds and a further twenty six were injured when a man, Satoshi Uematsu, broke in during the night and stabbed them. It was an attack on the disabled community that should have shook the world but the world largely fell silent. We did not see the same outcry of love and support that we saw for other recent tragedies. To the extent that it took some time for me to even find out what had happened. It was a mass murder followed by mass silence. Annie Segarra wrote about it here and I urge you to read it. The reason I bring it up is because back just after the shooting at Pulse happened I started an art project. I decided to draw every victim. It was going to be something I worked on slowly and take my time on because I wanted to do them justice. But then as time went on tragedy after tragedy unfolded and I wondered if I felt comfortable honouring just one. As the victims of violence piled up, I knew that even if I could find pictures of them all I would never be able to draw them all. Then Sagamihara happened. A direct hit to my community. A direct hit that largely went ignored. We did not learn the victim's names. We did not see their faces. Even if I could draw every victim from the last few months, those from my community could never be included. For this reason I decided I would not continue with my Pulse project. I just can't.

However, I decided to include the three pieces that I did finish from my Pulse project in this post. I feel guilty that I'm not finishing it. I feel like it's a cop out. But I hopefully you all understand. 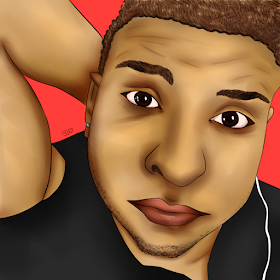 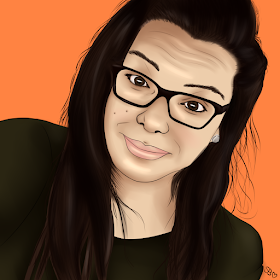 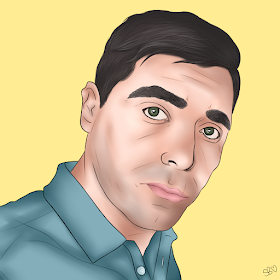 And that concludes my July. It was a pretty packed month but I did spend quite a bit of it in pain with my sun burn so I hope August is better in that regard. A lot of August will probably be spent watching Rio we'll see what kind of read that makes for.

I read and welcome all comments and appreciate them greatly even if I may not answer all of them. I love hearing my reader's thoughts and interacting with you. Thanks!